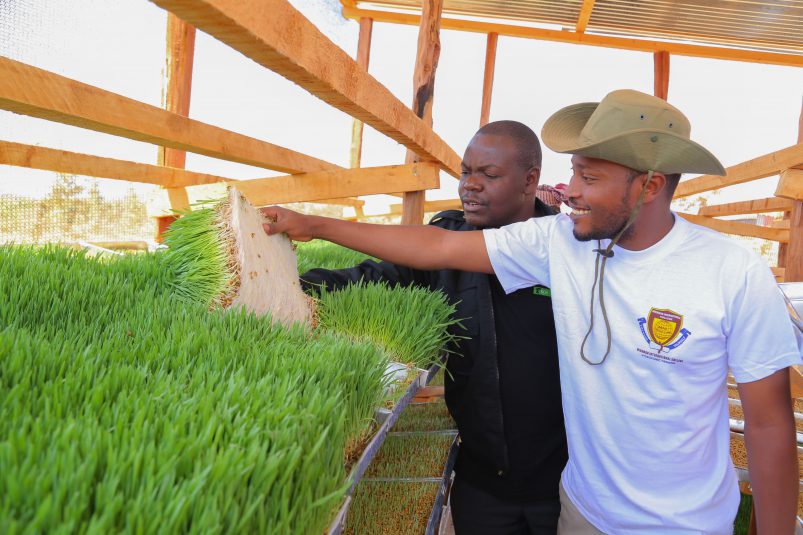 The KCB Foundation has launched a long-term project to grow livestock fodder using hydroponic technology in Kenya’s arid and semi-arid counties in a bid to drive up agricultural production in the regions.

This initiative, which was launched in Marsabit County today is designed to provide a sustainable solution to the negative effects on livestock that are brought by drought conditions, the Foundation said.

The project, which is being implemented in conjunction with Miramar International College (MIC) will see Counties adopt more drought-smart technologies in agriculture and the use of hydroponic techniques for fodder production, said KCB Foundation chairman Catherine Kola.

“The project is in line with the Marsabit County’s intent to increase food production, in addition to increasing fodder production for livestock, which guarantees food security for animals especially in times of drought such as these,” said Ms Kola. “This project embodies our commitment to long term solutions that transform needy communities into needed communities”.

KCB Foundation said it plans to roll out the project in 10 counties by the end of this year.

In 2015, the Marsabit County procured and installed 12 green houses and it committed to construct an additional 44 additional green houses in the four sub counties as part of efforts to boost food security.

“Hydroponic farming will offer a sustainable solution to these conflicts because it will enable farmers produce their own stock of highly nutritious fodder, reducing the need to be on the move in search of water and pasture,” said Jane Mwangi, the Executive Director of the KCB Foundation.

Hydroponically grown fodder offers advantages to livestock farmers and positions them to reap increased economic benefits from their livestock. This is because hydroponic fodder boosts immune systems in livestock, increases the lifespan and improves fertility of animals, all of which make livestock more economically viable.

As part of the Foundation’s efforts to guarantee the longevity of the project, the KCB Foundation will oversee the training of the first set of 200 farmers and agricultural entrepreneurs on the hydroponics production cycle. These trainees will in turn become trainers to the next set of interested farmers in order to ensure that the project becomes more sustainable.

The beneficiaries of the 2jiajiri programme who have been trained in construction, will receive additional training on how to construct the hydroponics fodder production units which will be customised to cater to the needs of the individual farmers focus across counties.

“Livestock farming remains the bedrock of Marsabit County and we are keen to tap agriculture-based technologies to drive up its commercialisation,” said Marsabit County Governor Ukur Yatani. It is estimated that at least 65 per cent of the population in Marsabit is food insecure and 63 per cent of the county was on food relief 5 years ago.

The launch of the hydroponics project in Marsabit also saw the KCB Foundation, in partnership with Equatorial Nut Processors Ltd donate 25 tonnes of fortified blended food (FBF) as relief aid to the people of Marsabit and 5 other counties that have been severely affected by the ongoing drought situation in the country.

Currently, there are 1.3 million people affected by the ongoing drought, a number that the Government predicts will rise to 2.4 million next month. Marsabit is one of the eight counties that have experienced the highest level of drought in the past 15 years caused by consistently poor short and long rains since 2012.

Fortified blended food (FBF) is a special blend of maize, sorghum, wheat and rice nutrients combined with dense legumes such as soy beans, sugar, vitamins and minerals. This blend is specially formulated to provide adequate energy and nutrients for affected persons within each small portion. 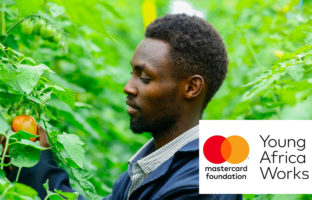 The programme targets to reach applicants within the small and micro enterprises in Kenya ... 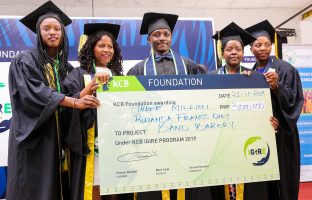 KCB Foundation Primes 200 Youth for Self Employment in Rwanda 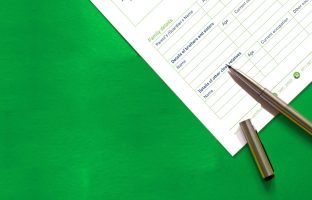 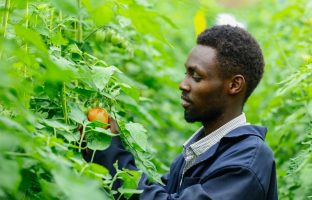 Are you a Kenyan youth aged 18 – 35 and would like to attain technical and entrepreneuri...