2jiajiri Gave Me a Second Chance!

2jiajiri Gave Me a Second Chance!

Eric Kairu recalls his struggles back in 2013 when he completed high school but could not secure admission to university or any tertiary institution to pursue his dream of becoming a water engineer. The 27-year-old born in the sleepy village of Mathanga in Endarasha, Nyeri County is the first born in a family of six, with his siblings looking up to him not only for material support but also inspiration.

Eric felt his dream melt away, a situation that left him devastated, but lifei had to go on despite failing to advance his studies. He had to provide for his family and support his ageing parents. Not one to give up, he worked at several construction sites around his home area on casual basis. His drive and positive mentality saw Eric brave all odds to venture into what most of his peers described as ‘tedious, unstable and lowly’ casual jobs.

In 2018 while working at a contruction site,  Eric heard about KCB Foundation’s 2jiajiri programme through a group chat. KCB Foundation had partnered with GIZ’s E4D/SOGA – Employment and Skills for Eastern Africa Programme to increase employability and income generation for 4,000 youth in the construction and agriculture informal sectors in Kenya. At that point Eric felt that his second chance towards becoming a water engineer had s come knocking. With hisambition still burning,he immediately applied to join the programme. He was admitted to the Nyeri National Polytechnic where he undertook a grade III certificate course in plumbing and pipe fitting. Upon completing the 6- month training Eric joined the Nyeri Water and Sewerage Company for an internship programme, which also enhanced his practical skills.

Despite having the technical skills, Eric could not get meaningful plumbing jobs due to lack of the tools of trade. Lady luck smiled on him again when he was granted plumbing toolkits. He also received protective gear.

Eric received business development support from KCB Foundation in his journey towards establishing his plumbing business.  The BDS team assisted him to register his business, acquire a KRA Pin and also develop a comprehensive business plan whichwas instrumental in helping him to qualify for the toolkit.

“KCB Foundation has helped me a lot as this toolkit is a start to my long journey towards establishing my business enterprise in plumbing,” said an elated Eric upon receiving his toolkit in August of 2019.

By the following month, Eric had already started securing contracts from water companies and the booming construction sites in the larger Nyahururu region. Cumulatively, he makes an average of KShs 20,000 per month.  Eric is now able to take care of his parents and provide for his young sister’s school fees.

Thanks to 2jiajiri, Eric and many others whose future seemed bleak can now look up to something worthwhile. 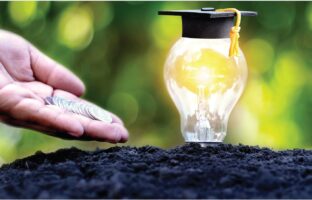 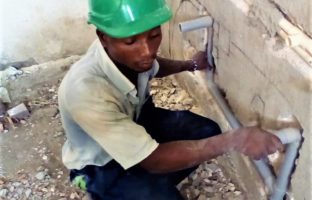 Robinson Okonda Mutende is a 30-year-old determined entrepreneur who lives in Mishomoroni,... 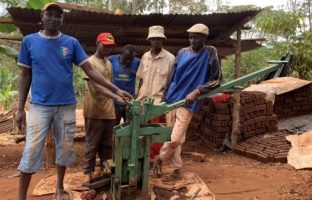